Hybridization of cannabis: how to promote the production of CBD? 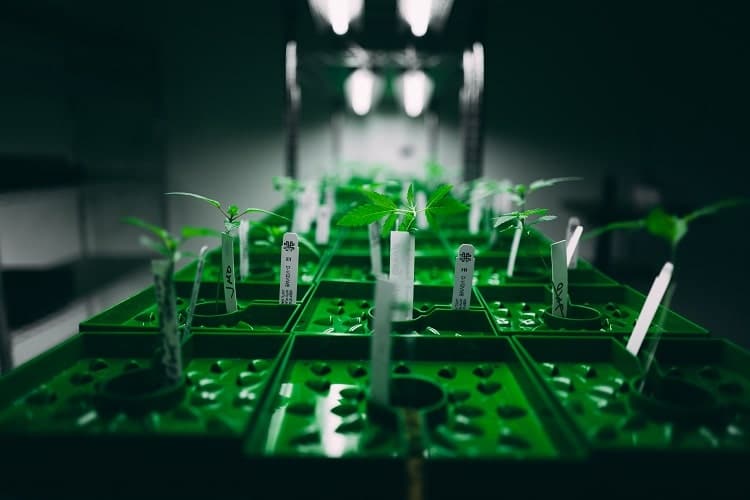 THEhybridization, or breeding, is a process well known to growers and other gardening enthusiasts. For our fruits and vegetables, it helps to obtain bountiful harvests and robust plants. At the cannabis level, it also and above all allows the selection of plants naturally rich in cannabidiol, this natural molecule acting directly on the nervous and immune systems. Thanks to her, cannabis becomes cultivated hemp, and passes at the same time in the legality. But then, what is cannabis hybridization and how does it promote the production of CBD ? This is what we see right away.

What is cannabis hybridization?

Hybridization is simply to cross two varieties of cannabis in order to create a new one. Obviously, the basic varieties are not chosen at random, but according to pre-established characteristics that we want to find in the hybrid.

Simple in appearance, this process nevertheless requires long research, numerous trials and tedious stabilization work before obtaining a new variety which will be able not only to display the desired characteristics, but in addition to transmit them in turn to his descendants. This long selection work is that of breeder.

Originally, the wild cannabis family tree consisted of only a few original strains, called landraces. Less stable, they are generally 100% indica or sativa and very depending on their geographical location. With hybridization, the number of cannabis strains has exploded, with hundreds of different hybrids.

What about natural hybridization in all of this?

Hybridization is not a process limited to greenhouses and indoor growing methods cannabis growers. It is in fact a set of techniques widely used in botanical in order to grow more productive plants and better resistant to diseases and parasites.

As is often the case, however, Man has not invented anything or at least little invented since hybridization also exists in the wild. In the wild, female plants must be pollinated by male plants in order to reproduce. This is usually the job of bees or other small pollinating animals. This explains why the landraces, although fewer in number than hybrids, have a exceptionally wide genetic variety whatever random.

In the wild, the tetrahydrocannabinol (THC) is the most common cannabinoid in the cannabis plant, with rates that can exceed 20%. Excluding THC is considered a narcotic within the European Union, in addition in charge of deciding the laws concerning the sale of products derived from cannabis in its member states, including France. It is therefore strictly forbidden to legally sell products from a cultivated hemp plant displaying a THC level greater than 0,3%.

On the contrary the cannabidiol, more famous by the acronym CBD is renowned for its calming effects, which may in particular soothe certain pains ou promote sleep. This reputation, for a long time based on simple observations, also tends to be better and better. understood and explained by science.

Through hybridization and careful selection of strains naturally high in CBD and low in THC, it is therefore possible to create perfectly legal plants, whose THC level is close to zero and the CBD level is as high as possible.

Certain aromas can also be encouraged, in order to create varieties with beautiful notes of pepper, citrus or even exotic fruits.

In countries where cannabis is legalized, which, remember, is not the case in France, a strain is considered to be really rich in THC when its level is between 12 and 25%, 20% and more representing really strong strains with, in the case of this amazing molecule, marked planing effects.

For CBD, on the contrary, the rate is considered to be high from 4%, and can also exceed 20%. Some varieties have thus become famous for their high cannabidiol content. Some of best sativas and indicas are thus found in the shop Weedy. Here are some examples, among the best known:

In modern agriculture, hybridization is commonplace. It has spread so widely that hybrids even threaten to replace the original varieties, some ancient species threatening to disappear. An example now known but illustrative to say the least, is that of tomatoes, the hybridization of which has been taken to its climax.

Of course, the fruits now grow in regular clusters, with perfect aesthetics and no less impeccable size. However, a clear loss of taste manifests. By pushing the analyzes further, it turns out that the nutritional content also loses its luster. Hybridization is one of the causes, but it is not the only one. The extreme selection of certain characteristics (production, aesthetics, speed of growth, storage after harvest) is in fact often associated with soilless culture, or hydroponics, contributing to the loss of nutrients and taste qualities.

As the cannabis market is booming, the temptation of some cannabis producers grow faster with better yield is tall. However, consumers are very attached to the aromas and taste of cannabis-derived products. It was true for the black market, it is even more so on the legal market. By purchasing a perfectly legal CBD rich product and renowned for its positive effects on the body, the consumer expects to unpack a quality product, and not from mass production.

However, it will take learn from mistakes made by the agri-food sector over the past few decades not to replicate them on the scale of legal cannabis cultivation.