Top 6 effects and benefits of CBD

Recognized for its many properties acting positively on our body, le CBD is legally edible as long as it contains less than 0,3% THC.

The effects of CBD are attracting more and more consumers, especially since CBD has no psychoactive effect and is not addictive. In France, even if the cultivation of cannabis and its consumption in general is prohibited, no law prohibits the consumption of CBD.

Derivatives are therefore multiplying on the market, and that's good. However, it remains sometimes difficult for the (future) consumer to distinguish between what we hear here and there and the real opportunities offered by cannabinoids in general and CBD in particular in terms of benefits.

Especially since scientific studies continue, one after another, to demonstrate the benefits of CBD on our body, but that most European governments continue to not recognize medical cannabis.

The team of Weedy.fr comes back to what we know about the effects of CBD… And what remains to be discovered! 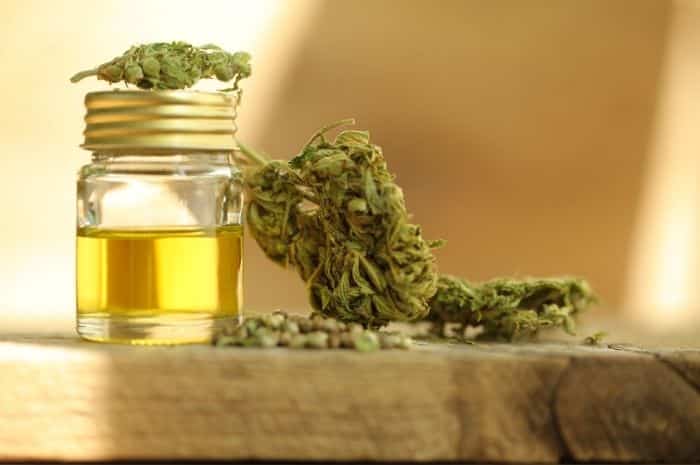 Cannabidiol, also called CBD, is a naturally occurring chemical derived from the flower of cannabis. CBD is the most common cannabinoid in the plant, after tetrahydrocannabinol (THC).

Although strongly related to THC, it is known not to reproduce its unwanted effects, like anxiety or addiction. Even if it's not illegal to consume it, the sale of products containing CBD nevertheless remains very supervised. Thus, only certain varieties of hemp are authorized, and only certain parts of the plant are usable.

Above all, the THC content must must be less than 0,3%, so as not to fall into illegality.

Cannabidiol is found marketed in different forms, depending on the legislation in force in the countries where it is consumed. Much sought after for the effects that CBD brings, it can be obtained as an extract, in infusions, oils, creams, e-liquids for electronic cigarettes or even in food.

You should know that hemp is not only grown for its properties on the human body. It is also widely used in industries such as automotive, textiles, construction and cosmetics.

This use, much less problematic in the eyes of the French authorities, is partly due to the distinction made in the country between cannabis (cultivated for its cannabinoids and their effects) and the industrial hemp (grown for mulch, cordage or fabric mainly).

The rigor of French laws may thus seem paradoxical when we know that the cultivation of hemp in France is a more than profitable sector. The country is thus the first producer of hemp in Europe, and the second in the world, just behind China.

Top 6 effects and benefits of CBD?

The effects of CBD are recognized by scientists and doctors around the world. It's about a safe and non-addictive substance, which therefore differs from tetrahydrocannabinol. CBD and THC both have important therapeutic properties.

But unlike THC, the properties of CBD do not give the impression of being in a second mental and physical state. This is due to the fact that the two components act differently on the receptors in our body. It would even be able to attenuate the psychoactive effects of THC, depending on the quantities used.

In-depth scientific research, as well as the growing number of testimonials from patients and doctors, highlight the potential of cannabidiol as a treatment for a wide range of diseases.

A word of warning though: the French government, like many other governments in Europe, does not recognize cannabis, or any of its cannabinoids, as a medical treatment. There is therefore no question of encouraging self-medication on the basis of the elements presented here. If you are considering taking advantage of any effects of CBD, we can only strongly recommend that you speak to a doctor first.

That being said, what then are the main effects of CBD?

CBD has anti-inflammatory and relaxing properties. This has the dual effect of promoting both the reduction of possible inflammations present in the human body, but also to encourage muscle relaxation. These two benefits of CBD complement and encourage each other, in what could be described as a virtuous circle.

The action of cannabidiol on the body thus makes it possible to relieve some painor even help reduce chronic diseases over time as the fibromyalgia ou osteoarthritis, which we know from the latter that it affects several million French people.

Cannabidiol can also limit inflammation of the brain and nervous system, which can provide relief for those suffering from pain, insomnia and certain reactions of the immune system. 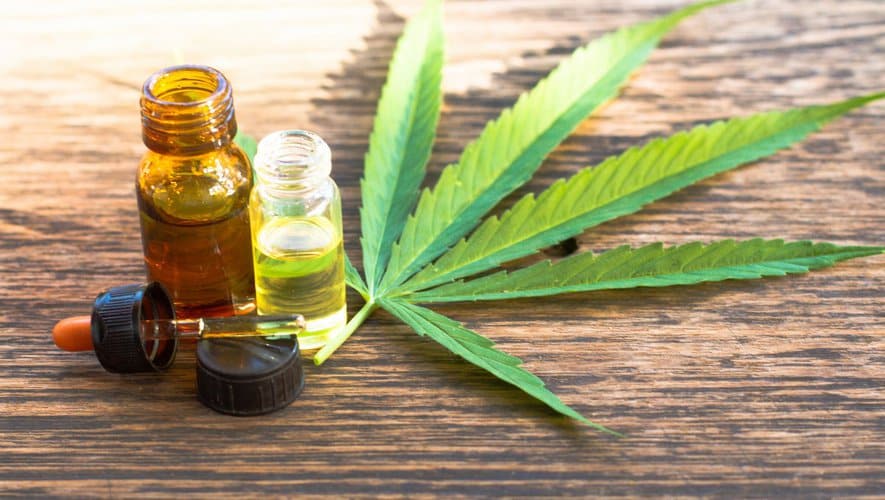 Anxiety and depression are pathologies that can affect us in many moments of our life. They disrupt our social life, our productivity and, above all, affect our health. Medicine has made it possible to develop drugs that make it possible to reduce these pathologies, but they are not necessarily all effective over time, especially because of the Side effects unwanted effects they may cause.

Among the short and long term side effects of the most common antidepressants, we find memory loss, mood swings, nausea or even muscle pain.

Light cannabis is therefore sometimes used as a alternative to pharmaceuticals having severe side effects because it stays in tune with the body's natural processes. By acting on our biological functioning in depth, cannabidiol thus has the effect of relieving psychic disorders related to mood, anxiety or depression.

Not presenting no known side effects, it allows to accompany the light forms of depression, without fear of collateral damage due to the taking of chemical substances.

Also thanks to its anti-inflammatory properties, CBD is increasingly used in creams and cosmetic products intended for treatment of skin diseases (acne, dermatitis and psoriasis in particular). In the case of fights acne for example, it seems that cannabidiol, by acting on the CB2 sensors of our endocannabinoid system, can regulate excessive secretion of sebum by the sebaceous glands, a major cause of the onset of acne attacks.

Although mostly benign, common skin diseases are particularly disturbing for those who suffer from it. This is true physically (tightness, itching), but also aesthetically (appearance of red patches, or even long-term scars). CBD creams and oils once again present a natural and effective way to improve the daily life of those with skin problems. 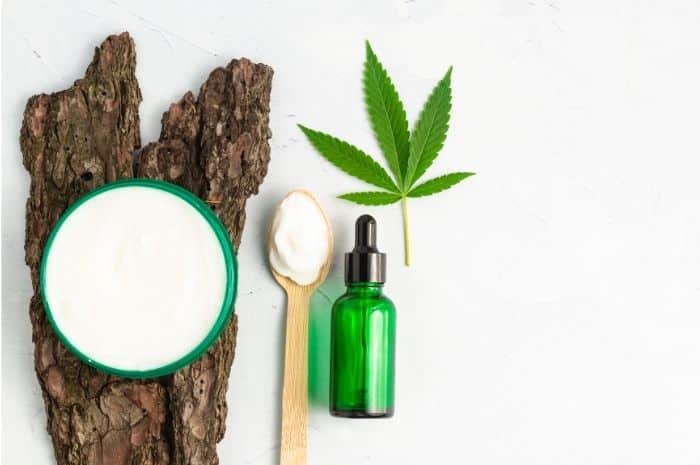 Neurological diseases are numerous, and most of the time still extremely difficult to understand and treat. Among them, let us quote in particular:

It is of course absolutely impossible to consider treating all of these diseases in the same way, nor even to suggest that cannabidiol is an effective solution for all of them. Thanks to its soothing properties and its apparent ability to slow the aging of nerve cells, however, CBD is presented as a natural and side-effect free means of contribute to improving the daily life of many patients suffering from disorders directly related to the nervous and cerebral systems.

Another effect of CBD, German researchers reported that hemp stimulates the neurogenesis, that is, the growth of new brain cells, in adult mammals.

Again, studies are still at a relatively early stage. Initial research has nevertheless already focused on the role that the properties of CBD could play in the context of intestinal disorders such as Crohn's disease or irritable bowel syndrome (IBS).

The link is indeed not so difficult to establish since more than two-thirds of our immune system is actually located in our gastrointestinal tract. However, cannabinoids, and therefore CBD, can directly interact with our nervous and brain systems. Once again, the anti-inflammatory and anti-nausea effects that it causes are an opportunity for the treatment of intestinal disorders.

Cannabidiol also has neuroprotective effects and anticancer properties which are currently being studied in academic research centers around the world.

According to a 2010 brain cancer study conducted in California, scientists found that the benefits of CBD enhanced the inhibitory effects of THC against the proliferation and survival of tumor-causing cells. CBD would therefore be much more effective in cancer treatment, the negative consequences of tetrahydrocannabinol in less.

Another study, published in 2014 this time also presents encouraging results concerning breast cancer. The acid form of CBD, the CBDA, was more specifically studied. Not yet tested on humans but only in the laboratory, the linking of CBDA and diseased cells nevertheless seems to make it possible to limit the spread of cancer cells. 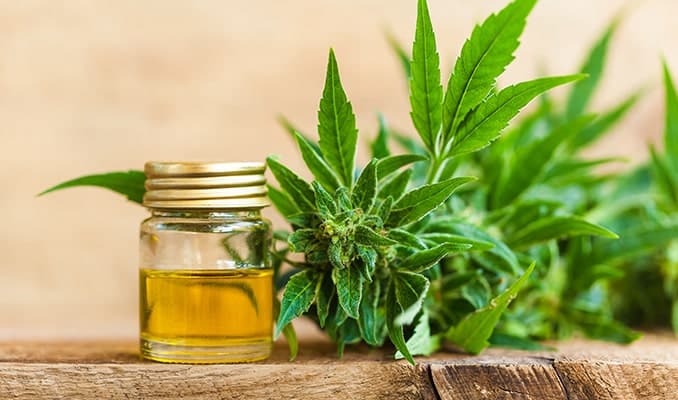 How does CBD work?

CBD, like THC, interacts with our body in various ways. One of the main benefits of CBD is to mimic and to increase the effects of compounds in our body called “endogenous cannabinoids”. They are so named because of their similarity to the compounds found in the cannabis plant. These endocannabinoids are part of a regulatory system called the endocannabinoid system.

The discovery of this system has dramatically improved our understanding of health and disease. He has major implications in almost all areas of medical science and helps explain how and why legal cannabis and THC are versatile compounds.

Acting on several levels in our body, this explains the widespread consumption of this mood-altering plant, despite its illicit status.

In which cases benefit from the effects of CBD in the form of oil?

CBD oil has many advantages, prompting many traditional and neophyte CBD users to turn to it. It is thus:

In addition to these definite benefits, CBD oil also helps to enjoy the effects of cannabidiol quickly, over a long period of time.

By opting for an oil with broad or full spectrum rather than an isolate of CBD, it finally allows to take advantage of the entourage effect, allowing to benefit from all the cannabinoid effects present in the plant (with the exception of THC), and therefore to benefit from wider and more marked effects.

CBD oil is particularly famous for reduce arthritis pain. The result of its use by a sick person is a significant reduction in inflammation, and therefore, in pain. Cannabidiol in the form of oil is finally recommended to fight against chronic pain.

As there is no addiction phenomenon, it can be used long term without the need to increase the dose. It also does not present a risk of dependence, unlike tetrahydrocannabinol, enough to take full advantage of the benefits of CBD.