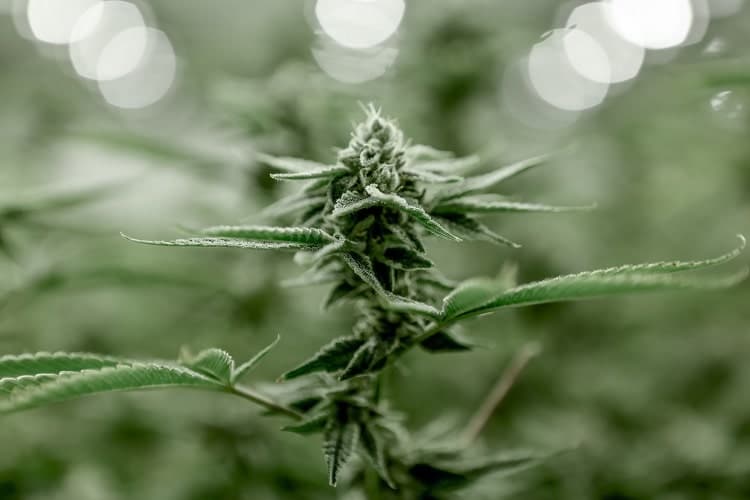 Haze, Skunk, Kush, Diesel. Even if you're not a long-time cannabis expert, chances are you've heard these words before. Maybe by the way without really knowing what he is hiding behind. If all four have a precise meaning in English, in French it is not obvious. They all have one thing in common, however: cult cannabis strains. Originally designed for the black market, they are now well established on the legal market thanks to Cannabidiol-rich hybrid strains (CBD) and almost devoid of THC. We tell you all about the main varieties and the aromas behind it.

Why so many varieties of cannabis?

Far from being a single variety of plants, cannabis encompasses different families, varieties and subspecies. Two “categories” stand out, however: indicas and sativas. The indicas, originally from the Himalayan regions, are renowned for their calming effectsresponsible in the wild for making their consumers stone. The sativas, on the contrary, energize bodies and minds by causing a strong high cerebral.

In any case, this is how cannabis naturally developed in the wild. Man, quickly realizing the effects of the plant on organisms quickly started to domesticate (from Antiquity), then to select certain plants whose characteristics they particularly appreciated. These men are today called breeders et the process hybridization.

Many new varieties then appeared from these crosses. Some are only of anecdotal interest, others on the contrary cross the decades and are in their turn used for creating today's hybrids. Among these cult sub-varieties, we therefore find our stars of the day: Haze, Skunk, Kush and Diesel.

In English, haze means mist. And this is precisely what the original haze do: they immerse those who rub in it in thick fog, thanks to THC rate among the highest that cannabis can offer. The origin of the first haze dates back to two breeders from the West Coast of the United States active in 1960s and 1970s. The legend also tells that these two brothers would have created this hybrid by accident, at random from the seeds which they then had and would have crossed between them.

The result ? A sativa with roots in colombia, mexico, india and thailand. Powerful, the original haze is characterized by its lemony, spicy aromas and an earthy sweetness, true to special taste of cannabis.

Today, the haze has been so much used in the creation of new hybrids found in dozens of modern cannabis strains including, of course, CBD-rich legal strains. We find some in the boutique Weedy, notably the classics among the classics Amnesia Haze, Golden haze et Strawberry Haze.

What does mean s ? Quite simply skunk, this charming little black and white striped animal that gives off a strong, smelly odor if necessary. So that's a very strange name for a CBD flower. Its sub-varieties now largely supply the legal market, such as sweet Lemon Skunk which is an excellent introduction to skunks. We owe it to cannabidiol crosses at the expense of THC, but it has not always been so.

To understand the origin of skunk, as is often the case with different varieties of cannabis, you have to take a little trip back in time to 1970s in the United States, and more specifically in California. It was then that a now very famous breeder would have created the first skunk. This man is called David Watson, but it is better known to cannabis lovers by the nickname Sam the Skunkman.

Sa Skunk #1 borrows from Afghani, Colombian Gold and Aquapulco Gold to establish itself as a high yielding variety, growing quickly and releasing powerful acrid and earthy aromas acting more on the mind than the body ... and giving it its name.

Kush take their name not from their effects or aromas, but from their geographic origin. This large family comes to us straight from a mountain range stretching between Afghanistan and Pakistan:Hindu Kush. This gives the Kush a strong resistance in poor climates reminiscent of its original mountains.

Now cultivated around the world, it is able to survive colder and water-scarce environments than most other cannabis strains. It also remains very widely used in the hybridization of new varieties with which it shares its main characteristics, but which it also helps stabilize.

Each of the resulting sub-varieties can of course have personal traits or traits drawn from the rest of the ancestry. However, kush-dominant strains generally inherit from its all indica predisposition to appease its consumers. Banana Kush, Cookie Kush ou Strawberry Kush are some legal examples rich in CBD illustrating the floral and fruity sweetness kushes, often bringing them to the side of tropical fruits (banana, pineapple, mango).

Diesel, to fill up on energy

Diesel takes us a step further down the road genealogy of cannabis, notably borrowing from a famous Kush,OG Kush. More specifically, it would arise from a cross from Afghani and Pakistani landraces, through a daughter strain native to Mexico and largely sativa. Yet his exact origins remain unclear. What stands out for sure is that diesel has imposed its genetics on the modern cannabis market, to the point of becoming one of the favorites of consumers around the world.

Far from owe its name to chance, diesel injects a good invigorating energy dose to its users. This earned them frequent use by patients with stress or depression in countries where medical cannabis is authorized, which is not currently the case in France.