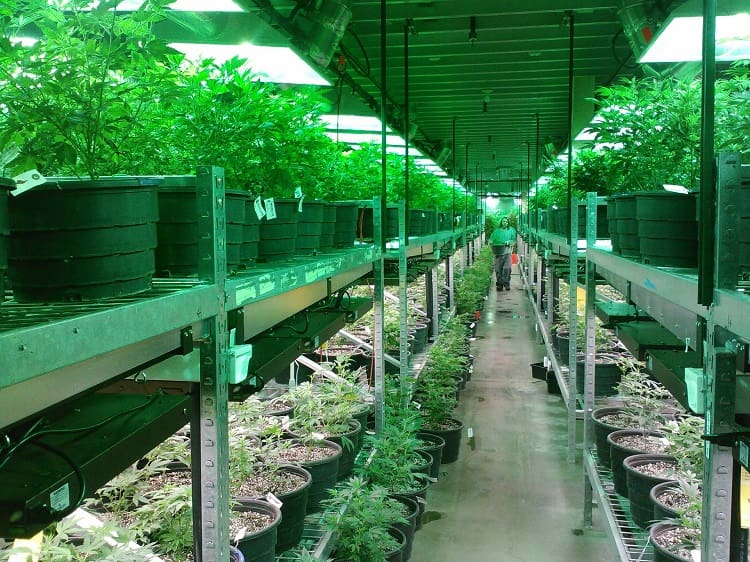 With democratization of cannabis-derived products rich in cannabidiol (CBD), Europe is gradually catching up on the American continent. However, all European countries are not in the same boat on this subject, neither legally nor in terms of production. It is this subject, too infrequently addressed, that interests us here. What are the European CBD producing countries, and for what uses?

Europe may well be part of a "union", the local disparities are still numerous and of great magnitude. If some countries already have or are planning to legalize cannabis, others keep tightening their restrictive laws. We thus find ourselves in a very limited geographical area, with on one side le Luxembourg which authorizes therapeutic cannabis and decriminalizes the production and consumption of cannabis, including for recreational use. Across the border France does not seem ready to take the plunge, despite the launch of the first clinical trials. The proof with a new fixed fine of 200 € that it has inflicted on consumers since September 2020.

A shame when we know that more than half of European hemp is grown in three countries only: the Netherlands, Italy and… France precisely, which even arrives at the head of this peloton (37% of European production). The hexagon yet prohibits the exploitation of fleurs, from which the resin, pollen and CBD crystals. Enough to reduce to nothing, or almost, the list of products rich in CBD produced locally.

To find European CBD, we must therefore look elsewhere.

The Netherlands: the pioneers of cannabis in Europe

With their famous coffee shops, the Netherlands cultivates its role as European cannabis pioneers. Until now, however, these were imported plants. It is over thanks to the decision of The Hague, in the summer of 2019, to make Amsterdam the capital of first European country to legalize cannabis production, starting in 2021.

In doing so, the Dutch hope, in addition to contributing to the local economy, to complicate the lives of local traffickers who still largely supply the market. For the Government, this is what revive the economy and reduce traffic ; for farmers, a new source of profit and, for consumers, a better controlled cannabis, at known cannabinoid levels, and cheaper.

This last point is important because it will prevent the relative failure of certain opening policies, especially those carried out by Canada where the legal market struggles to compete with the black market, well below the prices charged by points of sale authorized by the Government.

In Italy, too, cannabis production is seeing better days. The Italian Supreme Court, the highest court in the country, thus authorized, from December 2019, its cultivation. This concerns above all a quantity limited to "reasonable" personal use. Part of the political class also wants increase the legal THC level in derivative products, especially rich in CBD. Faced for the first time with a legal refusal, this initiative should be relaunched with the aim of change the authorized rate from 0,3% to 0,5%.

In addition to this private authorization, Italy also has resumed hemp production. It must be said that, until the 1960s, it imposed itself as one of the main producers, before its cultivation was prohibited by international law. Today, it intends to move forward legally, focusing above all on CBD-rich strains, who particularly appreciate its Mediterranean climate. Italian CBD therefore grows ideally outdoor (outdoors) or in a greenhouse, where it takes advantage of the sun to gorging on cannabinoids and terpenes.

Portugal is probably one of the countries to watch more closely when it comes to cannabis production. It could also quickly establish itself as first legal producer in Europe. According to Europol, on the contrary, Albania should rather turn to less, say, authorized production. But back to Portugal, which fulfills all the criteria to establish itself as a serious producer of CBD. Portuguese farmers are indeed allowed to cultivate it. They also benefit from a ideal climate, and a affordable labor. The result is quality products that are legal and produced close to home. This is particularly the case with our Strawberry Haze.

These many advantages probably also explain the installation of the Canadian group Tilray, supported by the legalization of cannabis in Canada in October 2018. Seeing in Portugal an area with sufficient sunshine to reduce energy expenditure and therefore the carbon footprint of its products, the company operates no less than 43 different cannabis strains. Some are specially chosen for their rich in CBD. Others, on the contrary, seek the perfect balance between CBD and THC, in order to serve the development of medical cannabis. Clinical trials are therefore being carried out in particular on epilepsy in children and the reduction of nausea caused by chemotherapy.

What about France, the leading European producer of industrial hemp?

La cultivation of hemp in France is inscribed in the history of the country. It maintains a long agricultural tradition of growing hemp which has earned it, even today, being the second largest producer in the world, last China. The annual production thus amounts to more than 8 hectares. The catch? In prohibiting the exploitation of flowers, the country deprives its economy of a source of income with very high potential.

On a trip to the Creuse in 2019, Édouard Philippe, then Prime Minister, estimated "Absurd" not to think about the creation of a therapeutic hemp sector in France. A hope for many farmers which seems to have fallen out of the priorities when the Castex Government was formed in the summer of 2020.

Only time will tell which European countries will be the CBD producers of tomorrow!