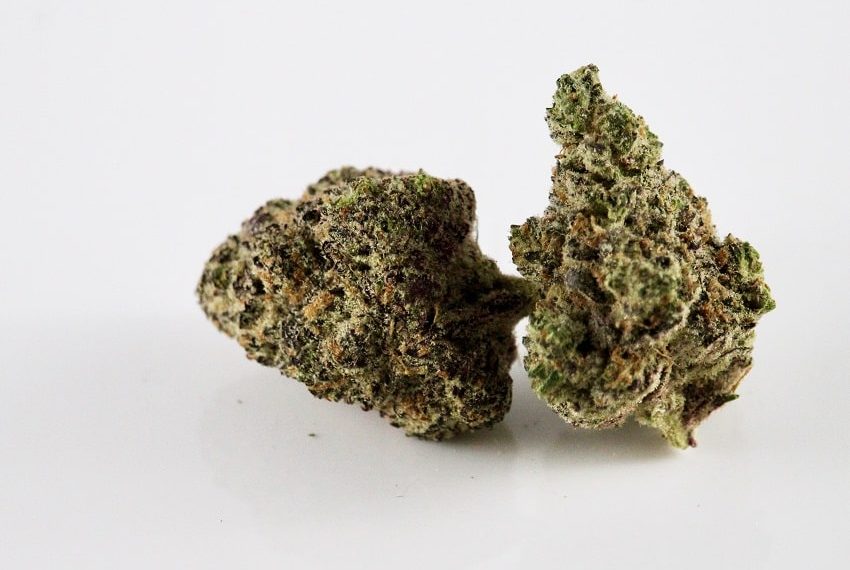 Diesel, for neophytes, it is above all a type of gasoline. For enlightened amateurs, the word rather evokes a some of the most popular cannabis strains and, very often, the strongest. The development of the cannabis sector today allows the arrival on the legal market of CBD-rich Diesel cannabis strains. They now mix soothing effects et typical aromas cult varieties.

Cannabis Diesel: where does it come from?

All cult cannabis strain based its legend on a great story to tell. According to the times and the strains, they make us travel to the American West Coast of the 1970s (ideally under the California sun), meet breeders legendary (Sam the Skunkman, the Haze brothers) or travel halfway around the world (and often in the Himalayan mountains). This is not the case for the Diesel.

Indeed, there are as many stories about the origins of Diesel as there are storytellers. His origins, both geographical and chronological, therefore remain perfectly blurred. However, by crossing the sources, it is possible to draw here and there some elements which overlap.

It would seem that the original Diesel could have seen the light of day at the start of the 1990 years on east coast of the United States, after a young farmer by the name of Chemdog (or Chemdawg) accidentally bought flowers of a surprising variety during a concert of the Grateful Dead. The first Diesel would then be born from different hybridization tests made from the seeds found at the bottom of the package.

The result is a sativa dominant hybrid, drawing his energy in scents of lemon, diesel and tropical fruits. On the genetic side, it seems that the offspring ultimately descend from a mexican sativa and a Afghani.

In the 1990s, Diesels were bought primarily on the black market, sometimes in the parking lot of a rock concert hall, as was the case for Chemdog. The interests of consumers are therefore very different from today: we are looking for the purest, strongest variety, and if possible displaying the highest level of THC, even if it is then very often impossible to dose precisely, if not by the force of the effects provided.

Today it is quite the opposite. The legal market is booming and another cannabinoid stole the show at psychoactive THC : the cannabidiol, better known by the three letters CBD. It is indeed perfectly legal and renowned for its calming effects. It also does not cause any notorious side effects known and, above all, it is not responsible forno addiction.

By limiting the authorized THC rate to 0,2%, European law thus leads to the appearance of legal versions of cult strains. The Diesel is no exception, with CBD versions of the NYC Diesel or the famous Sour D which we will come back to in a moment.

Diesel strains: the queens of attention

Diesel cannabis is illustrated by a quasi balance sativa indica, around 60% for sativa, against 40% for indica. Depending on its sub-varieties, the ratio can vary, yet maintaining a clear tendency to promote attention of its consumers, by relaxing them just enough while providing the dose of energy necessary for a job well done.

A classic Diesel therefore activates neurons durably, boosting creativity and activity on his way. Beyond its significant smell of gasoline, it also smells of fresh fruitsWith bitterness notes typical of a bouquet of terpenes recalling that of citrus. This acidic side is a double-edged sword because it is both the one that keeps many consumers coming back, while on the contrary it can surprise others, at least at the beginning. The worldwide and repeated success over decades Diesel however proves that its aromas are one of its greatest strengths.

From a purely botanical point of view, it is also interesting to note that Diesel flowers rather faster than the average cannabis strain. Robust and stable, it supports both indoor and outdoor culture, with beautiful heights easily reaching three meters in the ground.

Sour Diesel: focus on the queen of Diesel

We could not approach the history of Diesel without putting its flagship variety in the spotlight. We are obviously talking about Sour Diesel. Sour D or Sour Deez for the close friends. Let's not be afraid to say it, if the Diesel family is so well known and recognized today, Sour D is far from having played a passive role in its ever growing reputation.

To understand its origins, you have to go back to those of the original Diesel. Now that we know the dark side of his story, it seems logical that the exact genetics of Sour D are equally uncertain. Some say that it descends from a learned mixture of Chemdawg, Super Skunk, Northern Lights and Skunk # 1. Others prefer a simpler version, consisting of a hybridization between a Chemdawg 91 and Super Skunk. In any case, its creation is mainly attributed to a breeder of the American East Coast answering the nickname of AJ.

Mostly sativa, Sour D imposes on her entourage her heady essence scent, reinforced by no less assertive lemon aromas which cheerfully perfume the surrounding air. Once the first impressions are passed, it is possible to appreciate more subtle notes, but nevertheless very present pine and musk. This powerful yet complex fragrance is due to a bouquet of terpenes particularly interesting, mainly composed of limonene (for the lemon side) and myrcene. The latter is present in many plants. In addition to hemp, it can thus in particular be extracted from essential oils of pine, juniper, mint or hops.