Hemp tea, the most effective way to consume CBD? 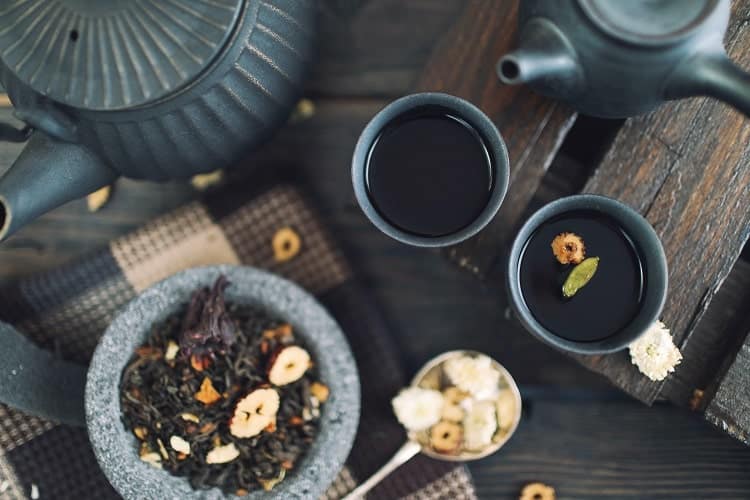 Le cannabis is used as medicinal plant since antiquity. Sometimes dreaded, often seen as magical, the plant has been used and consumed in every way possible over the centuries. Until becoming that “weed that makes you laugh” known to all as a material to smoke. Once demonized, cannabis is now in full social reintegration, in lighter, non-psychoactive, and therefore legal forms. On the other hand, it can no longer be considered as a medicinal plant. However, the effects of cannabidiol are now widely recognized and the hemp infusions convince by the natural aspect of their mode of consumption as well as soothing effects that they provide.

So, Wouldn't hemp tea be the most effective way to consume CBD ? This is our questioning of the day.

Hemp is one of the very first plant species to have been domesticated by humans, from the Neolithic era. We find some a first use as a psychotropic 2500 years ago. The lack of knowledge at the time simply classified it among the magic plants. Smoked, sometimes burnt, it was mostly very early infused. Far from being a trend in the current market, cannabis infusions are therefore emerging as a traditional way of consumption to benefit from the effects of cannabinoids.

Less heated and does not harm the respiratory system, hemp tea is therefore a natural medium, and apparently healthier than most other ways of taking. It is moreover more than appearances, in view of recent advances in scientific research.

Faced with the opposition of many governments in France, Europe and around the world, the scientific community is struggling to produce cannabis research in sufficient quantity and quality to fully understand this plant which has been used for medicinal purposes for thousands of years.

When it comes to cannabis infusions, there is even less research available. However, one of the best known dates back to 2007 and is interested in cannabinoid composition of cannabis tea. Produced by the University of Leiden in the Netherlands, it presents cannabis tea as "a contemporary example of a widely used, but poorly understood medicinal plant ". The team of researchers, however, provides some answers.

1. Infusing CBD has different effects from other modes of consumption

According to the results of this research, cannabis infusions are a single consumption mode. Light cannabis is indeed often smoked (even if the law prohibits it), vaporized or cooked. Each of these methods results in more heating, causing the acidic forms of cannabinoids to transform into neutral forms. Infusions on the contrary, retain some of these acid forms, and in particular CBDA, which could, according to initial studies, act as a anti-inflammatory agent.

In addition to promotingassimilation of cannabinoids by the body, fats help stabilize your hemp infusions. Adding a little cream to your preparation thus allows keep a few days without losing cannabinoid content, and therefore effects. You can then prepare your CBD infusion in advance, and why not use it cold, like an iced tea.

3. THC as the main drawback

Also according to this study, THC is the main obstacle to the consumption of cannabis infusions. Still, the results show that the THC concentration in the brew is much more limited than in the plant used, and that the psychoactive effects are therefore little or not present. Since THC is not authorized for consumption in France anyway, all legal hemp teas like those sold on our shop are THC-free, and therefore safe to consume.

Benefits of combining hemp with other plants

The elements currently in our possession concerning hemp tea therefore tend to prove that it is a efficient, healthy consumption method that retains more properties (and therefore effects) of light cannabis. It is also very widely sold as a mixture, associated with other plants, fruits and sometimes even vegetables or flowers.

This has two major advantages. The first concerns the taste, the second the effects. Alone, hemp is indeed relatively bitter, a bit like hops, which also belongs to the same family. Associated with tea, dried fruits or other traditional herbal teas (lime blossom, chamomile), it becomes more pleasant to drink, with flavors sometimes fresh, sometimes greedy, according to the tastes of each one and the moment of consumption.

The second advantage, and certainly the main one, is that the association of hemp with other plant species makes it possible to take advantage of their complementary effects. Just like cannabis, many plants have molecules capable of acting on our body. Depending on the needs, many effects can be sought, such as relaxation reduction of stress or the hope of a quiet night. A hemp infusion mix is ​​therefore likely to be more effective than dried hemp alone.

Optimize the effects of its CBD infusion

Cannabinoids, and therefore CBD, hardly dissolve in water. They are on the other hand fat soluble, and therefore prefer fatty substances which promote their assimilation by the body. CBD infusions, by definition, feature a blend of hemp, other herbs, and simmering water. Theaddition of a fatty substance when preparing tea is therefore highly recommended in order tooptimize the effects of CBD. It can behemp oil, derived from the same plant, or any other high fat ingredient. Milk (preferably whole), coconut oil or cocoa butter are all effective.