Is CBD legal in France?

We have long talked about the vague legal framework concerning CBD legislation in France. It is true that the legal texts have not always been clear, mainly because the CBD was not directly cited.

With the development of the market and the multiplication of cases, the situation has changed and French and European laws now define more precisely what is possible or, on the contrary, prohibited. Without prolonging the suspense any longer, let's announce it clearly: CBD is legal in France.

However, some specifics are good to know. This comprehensive guide looks back over the history of the CBD legislation in France and goes into the detail of what is authorized within the European Union (EU). 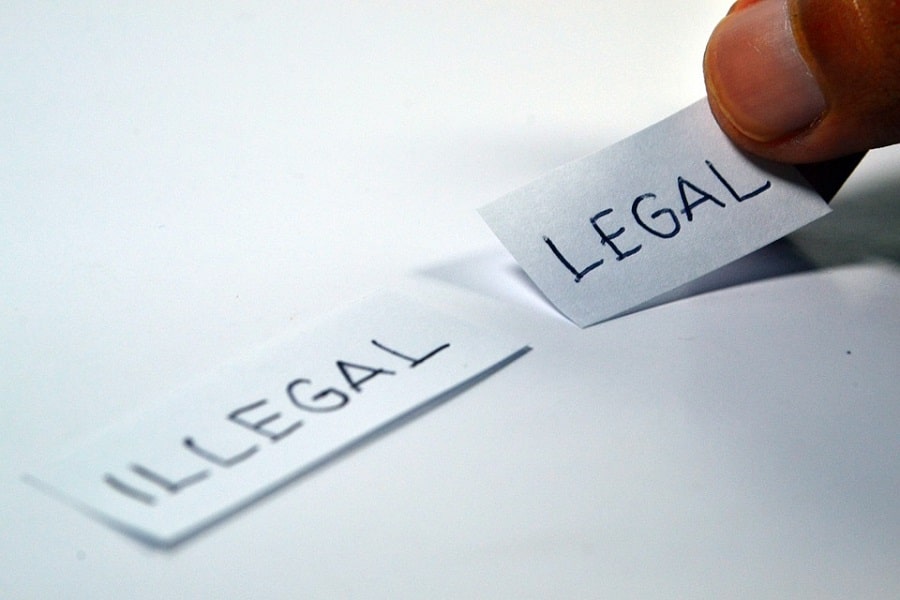 Short answer: yes. In 2022, CBD is 100% legal in France as in the rest of the European Union. The situation was not always so clear, however, especially at the start of the cannabidiol market expansion in 2017/2018. Since then, however, a lot of water has flowed under the bridge.

The differences between the French legislative framework and the supranational law of the European Union (EU) have gradually been erased and all governments now agree that CBD is legal.

It is thus possible to sell, buy and consume cannabidiol without risk of being worried by any control. However, two things remain prohibited:

Let's take a closer look at the legal texts in force at the European level, then in France. 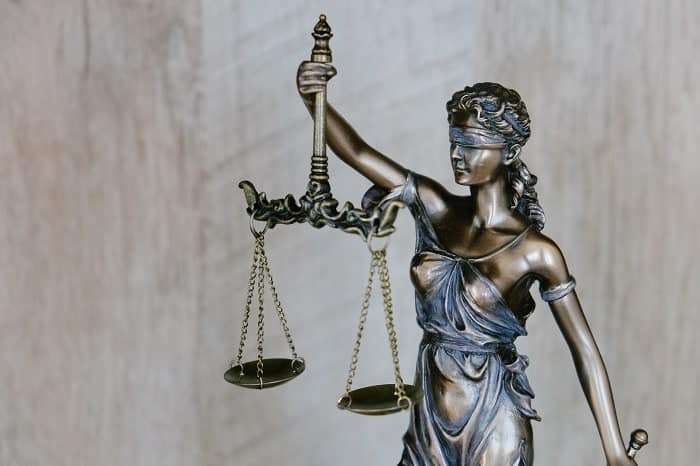 Europe is nothing but the second largest CBD market in the world, behind North America. At EU level, CBD legislation is mainly based on a clear distinction between the different cannabinoids.

Le THC (and its acid form, THCA), considered a narcotic, is prohibited because of the psychoactive effects it causes and the addiction it can cause in its users. The other cannabinoids, and therefore CBD, are authorized since they present no known health hazard.

In one November 2020 press release, the Court of Justice of the European Union (CJEU) recalls as follows:

"According to the current state of scientific knowledge, which it is necessary to take into account, unlike tetrahydrocannabinol (commonly called THC), another cannabinoid in hemp, the CBD in question does not appear to have a psychotropic effect. nor any harmful effect on human health ”.

Within the EU, CBD is therefore legal. It is essential to start there since European law prevails over French law (in this case, we speak of supranational law). In particular, this protects the fundamental right of free movement of persons and goods within the Union.

CBD legislation in France: what does the law say?

It's no secret that the French government isn't exactly a fan of CBD. In question, the still almost systematic rapprochement of CBD to marijuana, even if many varieties of hemp are today EU certified et devoid of psychotropic effects.

The law of the CBD is therefore evolving slowly, experiencing some reversals in the process, but nevertheless always agreeing on the fact that the CBD molecule is completely legal.

Le December 30, 2021, the MILDECA (Interministerial Mission for the Fight against Drugs and Addictive Behaviours) published a announcing the establishment of a new regulatory framework.

Its purpose is clearly stated: to ensure the protection of consumers and to fight against drug trafficking, while encouraging the development of cultivation, industrial production and the marketing of hemp extracts.

These advances are major and should allow interesting economic benefits for CBD hemp producers at the same time as meet the needs of CBD consumers in terms of local production, quality and price.

CBD banned in France? What is legal and what is forbidden

Le Council of state has moreover suspended the ban on selling raw CBD leaves and flowers from authorized varieties, citing as a reason the disproportionate nature of this general prohibition.

Consumers therefore remain within their rights when they buy CBD flowers to hemp infusions.

History: understand everything about the evolution of CBD legislation in France

In 2017, the CBD market is still in its infancy. A store in Dijon, however, helps to establish the French case law. Accused of drug trafficking for selling CBD flowers, his boss is indeed released thanks to European law. It indicates at the time that "products containing less than 0,2% THC, the psychotropic substance of cannabis" are authorized in Europe. For the first time, we can talk about Legal CBD in France.

MILDECA officially confirms the authorization and commercialization on French soil of cannabis-derived products with a THC level of less than 0,2%. However, this law only applies to theuse of seeds and fibers, and provided that the species is listed among the authorized varieties of hemp.

Prime Minister Édouard Philippe mentioned, during a trip to Creuse, the Government's desire to study potential cannabinoid-based treatments, including CBD. He also specifies that it would be absurd not to encourage scientific research on the issue.

The legal uncertainty regarding the marketing of CBD flowers persists. European justice decides: France does not haveno valid reason to prohibit the import of products derived from hemp legally drawn up in other Member States. Beyond free movement within the EU, this is the argument of the safe from CBD which is put forward.

Scheduled earlier, but delayed due to the Covid-19 pandemic, the first experimentation with medical cannabis is finally launched in March 2021. It relates to 3000 patients suffering from pain related to multiple sclerosis, To theepilepsy  or the family cancer and must last at least two years.

If validated, this experiment could well put a definitive end to the false reputation of CBD banned in France and address a patient base of a million French people. 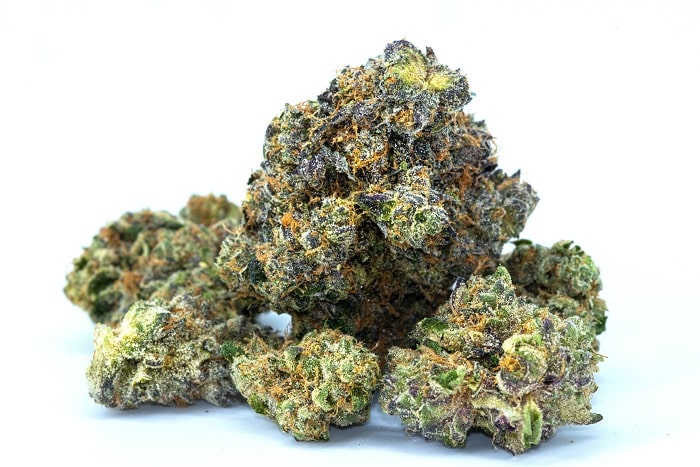 In France, CBD flowers remain at the heart of the legal battle

Beyond CBD: legalization of cannabis beneficial for France?

The French government is known for sometimes having difficulty in innovating and for its tendency to look at what is happening elsewhere before adopting or not adopting a fundamental change such as a more general legalization of cannabis.

Luxembourg has already planned the legalization of recreational cannabis. The first German government post-Merkel era plans decriminalization from 2024. Italy defers to the opinion of citizens through a referendum and has already authorized cultivation for personal use since 2019.

Textbook cases should therefore no longer be lacking for long before putting the debate back on the political table. The former French President Francois Hollande, if he did not take advantage of his mandate to change things on this subject, has since amply explained why, in his opinion, a decriminalization without legalization would be counter-productive. At the same time, he came out in favor of total and supervised decriminalization.

Whatever happens, the benefits would be significant for the French CBD market.

Economic benefits of legalization for the CBD market

Cannabis as a narcotic has always been, unlike CBD, prohibited in France. But textile and agricultural hemp As for him, cultivated for a long time.

This form of hemp contains insignificant levels of THC, but is generally high in cannabidiol (CBD) and other non-addictive cannabinoids and not involving psychoactive effects (the CBG particular).

Further proof that CBD is not banned in France, the country is the largest European hemp producer, and the second largest producer in the world behind China.

With the explosion in the sale of light cannabis and a European law that tolerates the trade in CBD, we should find more and more products derived from CBD in France. This, especially in the cosmetic and food industry. An opportunity for French agriculture? Everything suggests it.

Indeed, French farmers see in the cultivation of hemp, a market with many outlets. This culture would on the one hand absorb significant amounts of carbon dioxide, but it would also much more lucrative than other popular crops, such as wheat.

Furthermore, the cultivation of textile hemp would be so controlled in France today, that the country would currently import most of these hemp needs from neighboring countries.

A finding that raises questions for farmers. They are optimistic that the French authorities will modify these regulations in order to to start, in their turn, in this enticing trade.

To conclude on the CBD legislation in France

So far, the French state has played the caution with CBD and other products from hemp cultivation. A caution, or rather a reluctance, often difficult to understand when faced with the apparent no danger of taking CBD.

Well beyond the opinion of CBD consumers and those who are in favor of it, this is also the position defended by the CJEU.

The ban on a substance legally produced on European soil should not in fact be able to be pronounced by another member country on simple assumptions.

To put it simply, if France wishes in the future to ban CBD or one of its derivatives, it will first have to prove, with a lot of scientific data, that a real risk to public health exists. The risk is extremely slim since, since the discovery of cannabidiol in 1963, no major scientific study has demonstrated addictive, psychoactive effects or any health hazard.

What to remember from the CBD legislation 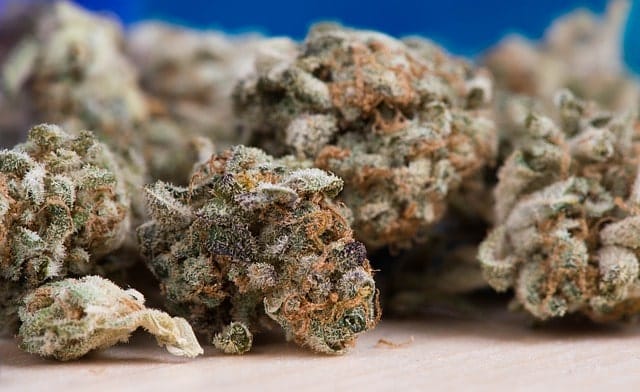 All parts of a CBD hemp plant can now be used

The guarantees of Weedy. Fr

Weedy.fr is a brand based in Italy. All the products offered on our shop respect all these legal points in France and in the EU. All our products are subject to rigorous analyzes by different methods (gas chromatography, thin layer chromatography) in order to certify a legal THC level.

Public chat Weedy.fr, we offer CBD in the form ofe-liquid, ofoils, pollen or flowers. CBD flowers and resins, however, are not intended to be smoked.

Our items are vacuum packed and sealed in neutral envelopes in order to guarantee you maximum discretion. They are delivered within 72 hours and you will have no customs concerns because the products benefit from European law on the free movement of goods within EU member countries. We guarantee you 100% legal products with respect to European law and quality.

In the event of non-compliance of a product sold, it may be returned to the company. Weedy.fr who will take it back, exchange it or refund it.

All complaints, requests for exchange or refund must be made electronically to the following address: [email protected], within a maximum period of thirty days after delivery.

The sale of the products presented on the site Weedy.fr is strictly prohibited for all minors under the age of 18. All the products bearing the mention “Cannabis CBD” in their name, are flowers intended for decoration. They should not be smoked or consumed. Weedy.fr cannot be held responsible for the misuse of its products.